Looking back at 2019, we can certainly say that it was a productive and fun-filled year for DevelopmentAid. Laced with events, meetups, and gatherings of all kinds, it offered us plenty of possibilities to interact, learn, communicate, and develop ourselves. However, one event stood out to us: our 7 sessions of Speed Networking 2019, where over 100 participants had the opportunity to discuss with their colleagues for a set amount of time, then switching until they’ve interacted with the entire group. The premise of the activity was light-hearted and positive, and the atmosphere surely reflected such vibes at each meeting. Interestingly enough, our participants were impressed with the actual number of colleagues that they had! Many faces may have been familiar due to coincidental and situational intersections within the building, but surely, secret hobbies and dreams were never shared before our Speed Networking sessions. As you can imagine, the event added a totally different dimension to the collegiality shared in our company – from simple acquaintances and co-workers, Speed Networking participants emerged as friends and companions that perhaps now share a hobby, a travel experience, a family recipe… the discussed topics were endless! 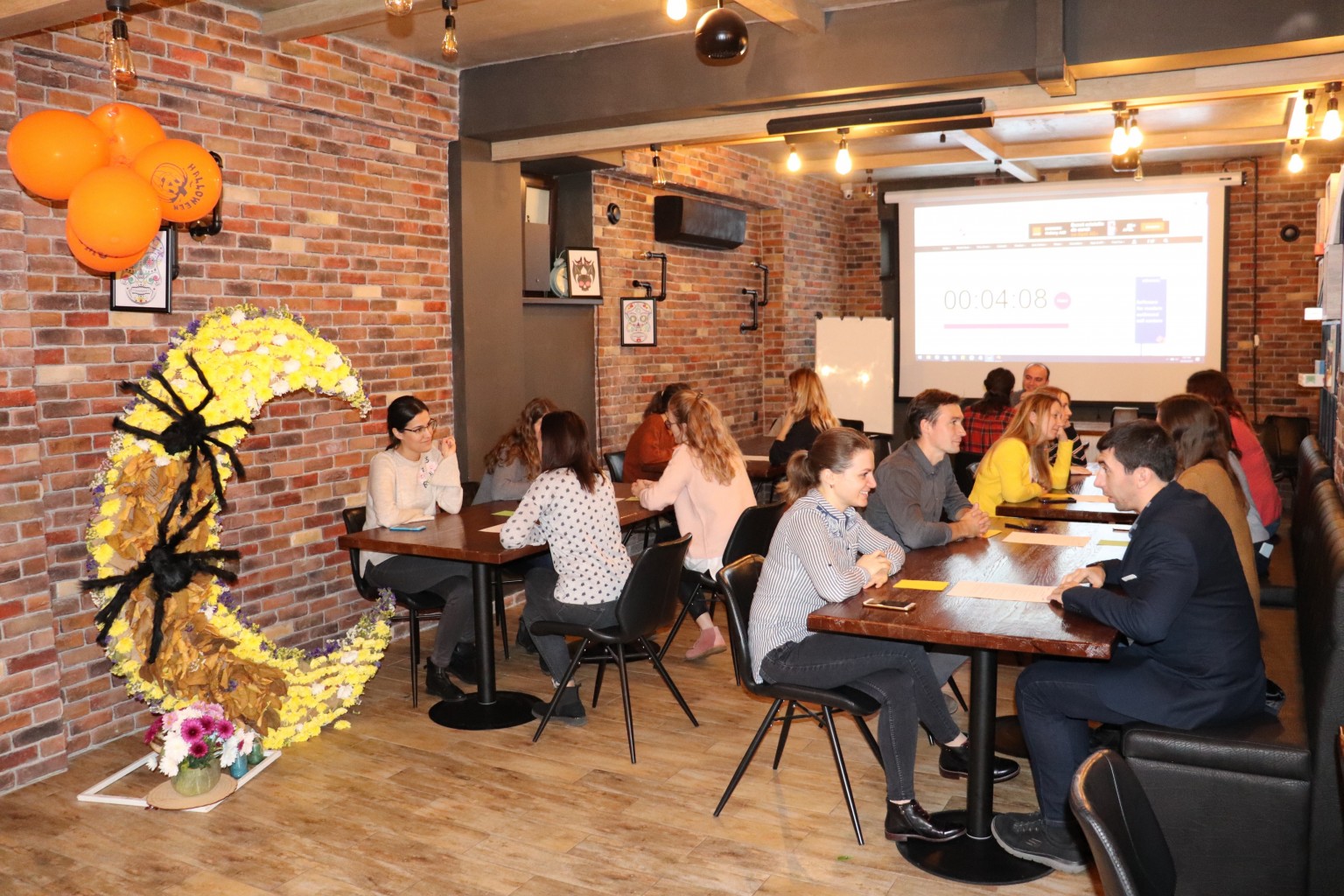 Some participants were already familiar with the ‘fast discussion’ concept, having taken part in previous editions. However, for roughly half of the attendees, this was the first experience of such kind. Obviously, we were keen to know more about the after-taste that lingered after our event, along with the craziest and most exciting bits and secrets exchanged during the sessions. As far as the general sentiment towards the 7-series that we hosted, our participants rated it with a 4.7 score out of 5. What was it that made our event so enjoyable? Well, according to our attendees, it offered them an opportunity to meet new people in a casual & efficient setting, to discover more about colleagues they thought they know everything about, to interact with people from a drastically different field, and engage in pleasant conversations in a cozy, relaxed atmosphere. 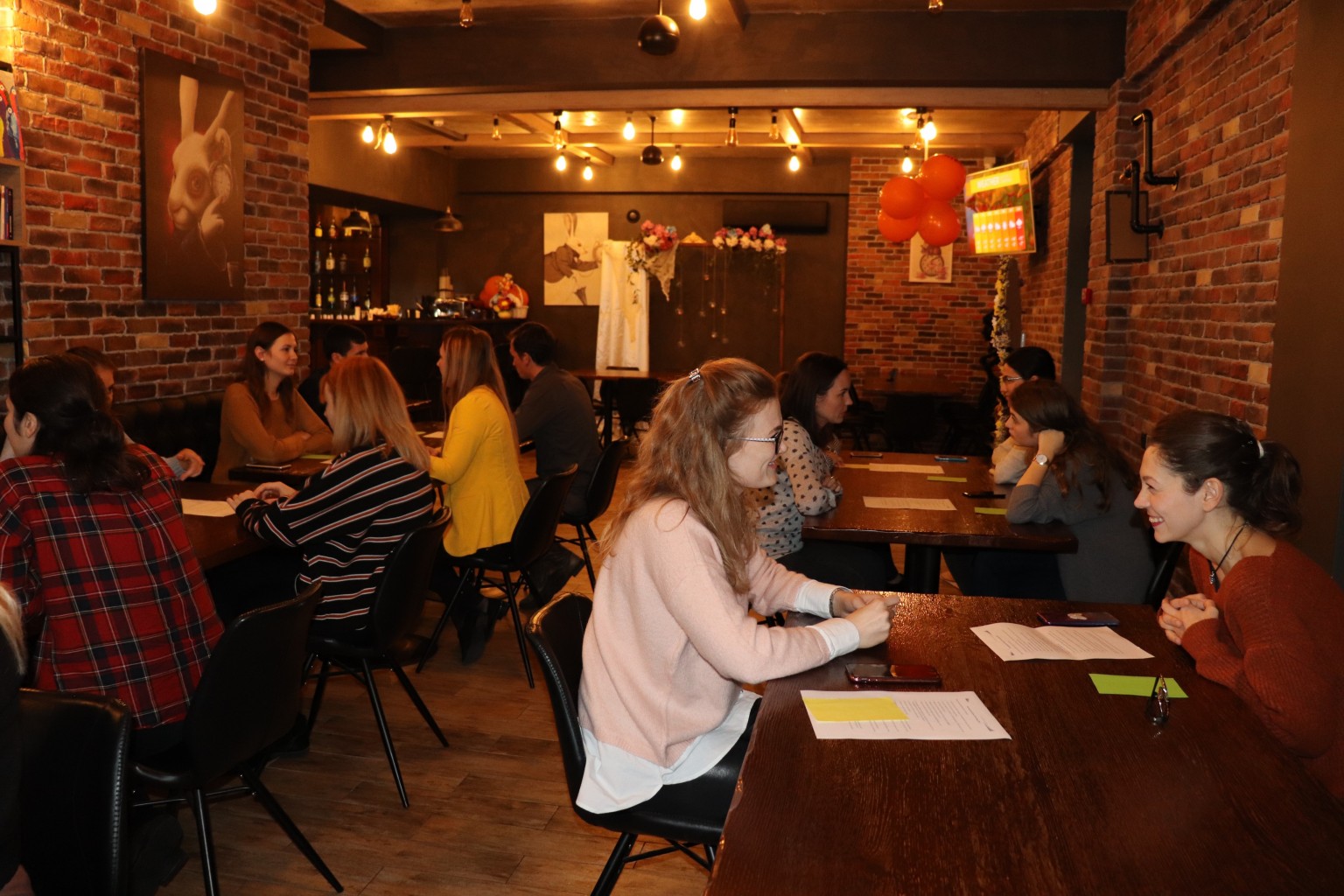 Of course, the most exciting memories remaining after each session were the shared secrets, hobbies, favorite pastimes, hidden sides of known personalities… You wouldn’t believe how interesting your colleagues are! All it takes is a conversation, and you can discover your co-workers from an unexpected perspective. When it comes to our Speed Networking participants, we’ve been told that it was compelling to know about the previous experiences of colleagues, their life paths and career dreams, their home countries, their after-work activities… One colleague plans to open up his own art exhibition, another switched from economy studies to a career in graphic design and then to being a developer, someone else said they’re a fan of the ’30 Seconds to Mars’ band, another participant mentioned building a fully-functional guitar with their bare hands, and someone else discovered that our CEO Luc Vocks can speak 6-7 languages, and the list could go on and on 🙂 As you can tell, each session was incredibly value-laden, and all participants left our Bar knowing their colleagues better than before. 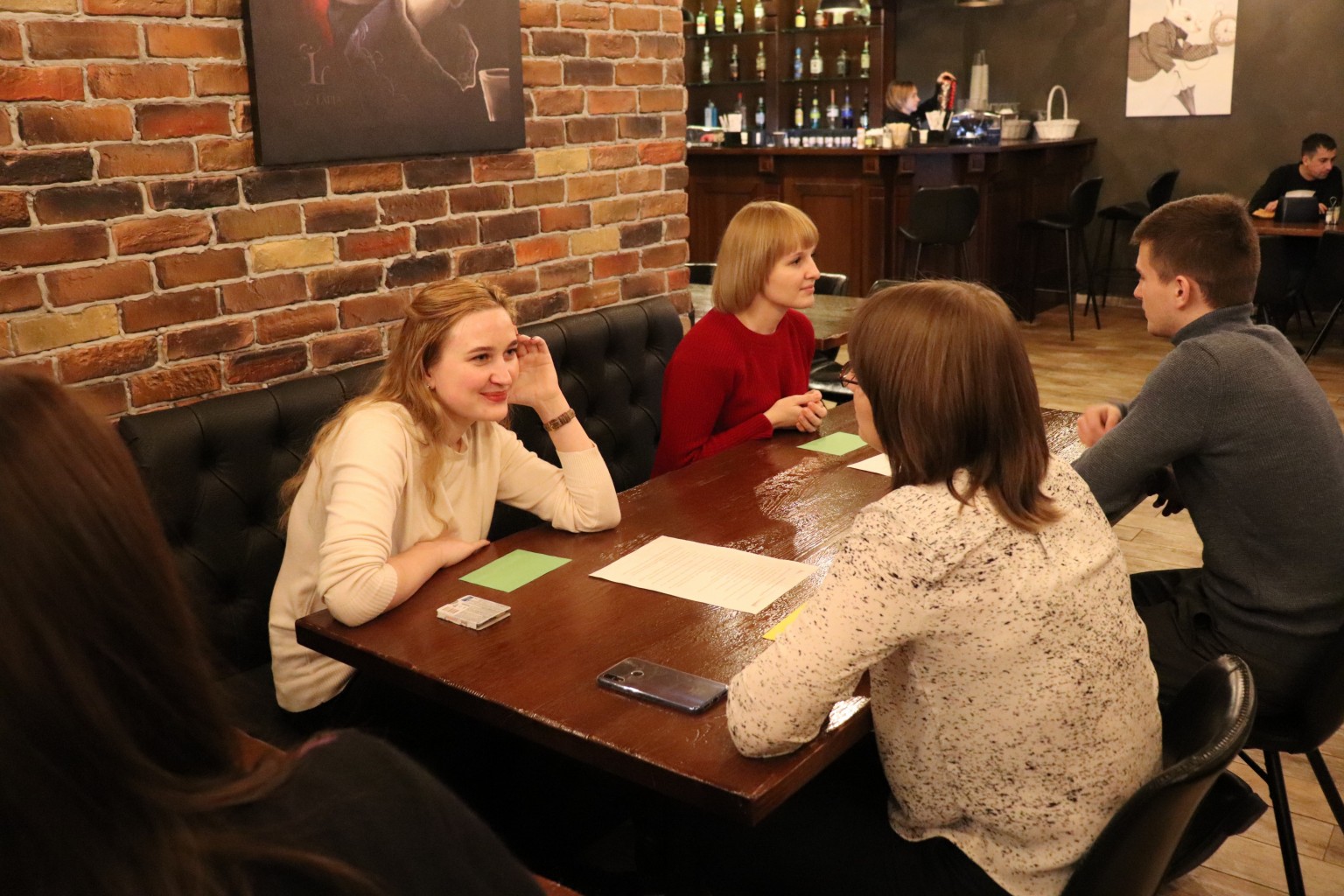 During our networking meetings, each pair were provided with a guide of questions to break the ice and stimulate an informative discussion. However, all participants were free to come up with their own questions, perhaps reflecting the subjects they were interested in or things they wanted to finally find out about that one mysterious co-worker 😉 As a result, we were very curious to know which questions stood out in the participants’ minds as being the most creative, memorable, or downright crazy! Attendees were asked why they came back to DevelopmentAid after leaving, why they stay here for so long, what is their biggest fear and even which superhero they would be. It is clear that our colleagues were full of questions they were eager to resolve, and people often felt they were asked to confirm or deny a fact that their pair assumed was true. Thus, our sessions were not only about finding out new things; in equal measure, they were about disproving certain presuppositions, opinions, beliefs about others. It might sound trivial, but we think it’s an important step in forming bonds and building stronger networks in a big company like ours. It is also the reason why almost 88% of our attendees told us they felt they’ve made better connections with their colleagues after participating in this year’s Speed Network sessions! 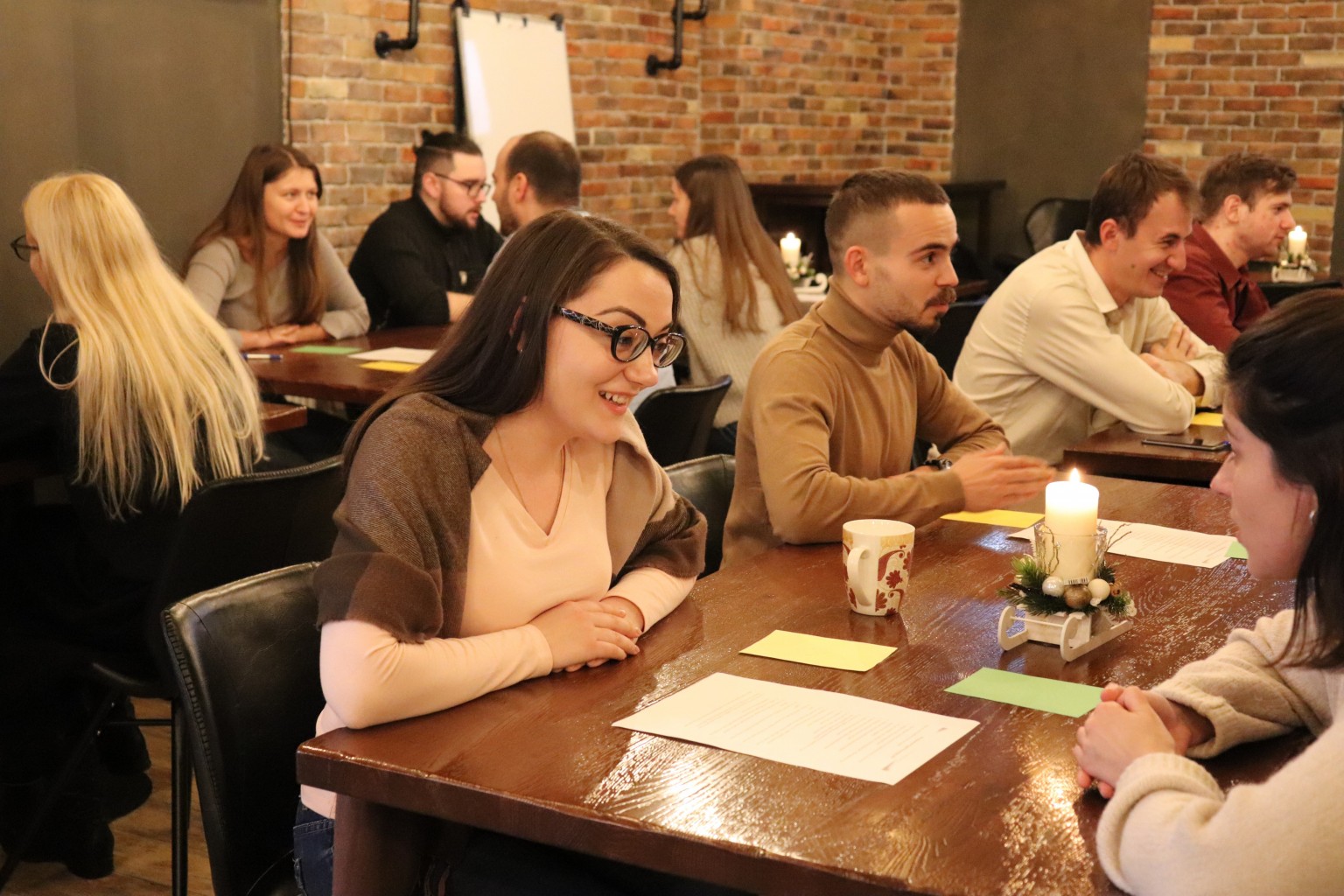 We believe that networking and bond-creating is an essential process of a progressive and open company like DevelopmentAid, but when it happens in the form of regular & laid-back meeting like this, you get the best of both worlds. As a result, we are proud of our attendees, which stepped over their comfort barriers, managed their time, and showed up to our sessions armed with the desire to know more and more. We hope the bonds that were formed will last long and will serve as a foundation for further friendship! For everyone who did not have the chance to participate we highly encourage you to attend our next sessions and get to #KnowYourColleague in 2020! Trust us, the fun and friends you make are worth it 🙂